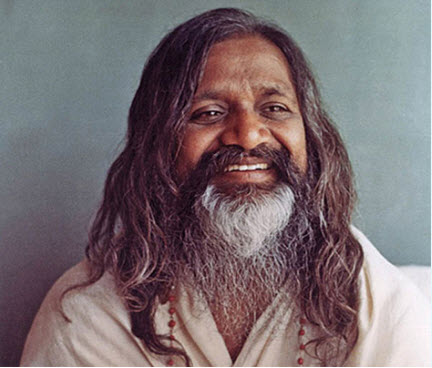 "I will fill the world with the light of knowledge and create Heaven on Earth." - Maharishi, Founder of Transcendental Meditation

Maharishi Mahesh Yogi, pictured above, has been referred to as the foremost scientist in the field of consciousness and the greatest teacher of our time.

His technique of Transcendental Meditation is the most widely practised and extensively researched programme of self-development in the world.

Since 1955 Maharishi has established a worldwide organisation with centres in 108 countries.

Hundreds of books have been published about Maharishi's teachings, and have been translated into many languages and made available globally.

Maharishi also completely restored the thousands-of-years-old scattered Vedic literature, restoring the true significance of its theory and practice, and organised it in the form of a complete and systematic science of consciousness.

Maharishi's practical programmes quietly establish life according to Natural Law without requiring change in any area of endeavour, to irrevocably direct the course of time in favour of peace and happiness for all mankind.